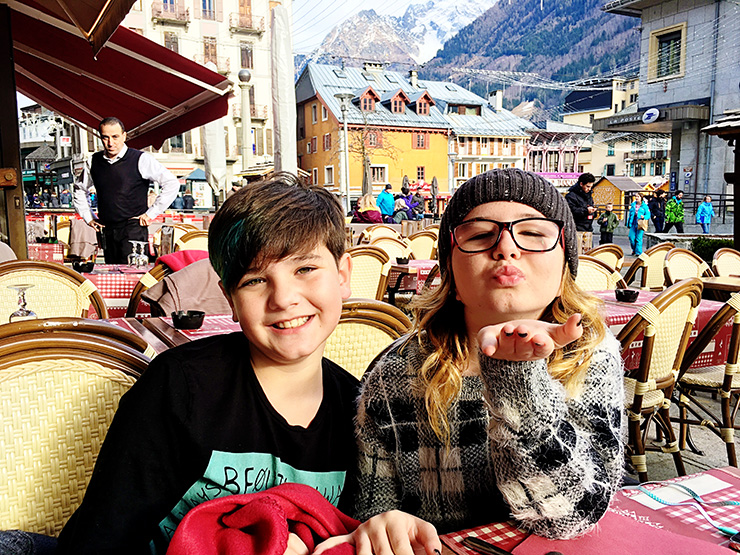 Last year for Christmas we wanted to do the idyllic European ski thing. So we headed to Chamonix, France, because after doing some research this seemed to be the place to experience the French Alps. I ignored friends who’d said that there were better places that were cheaper and more kid friendly. I had my heart set on spending Christmas in Chamonix and I figured we were going to do it at some point, why not now? And why not for Christmas!?

I imagined a perfect vintage snow globe with me inside it; snow falling, happy children ice skating and sweeping views of the luxurious French Alps. It was going to be Christmas card perfect! 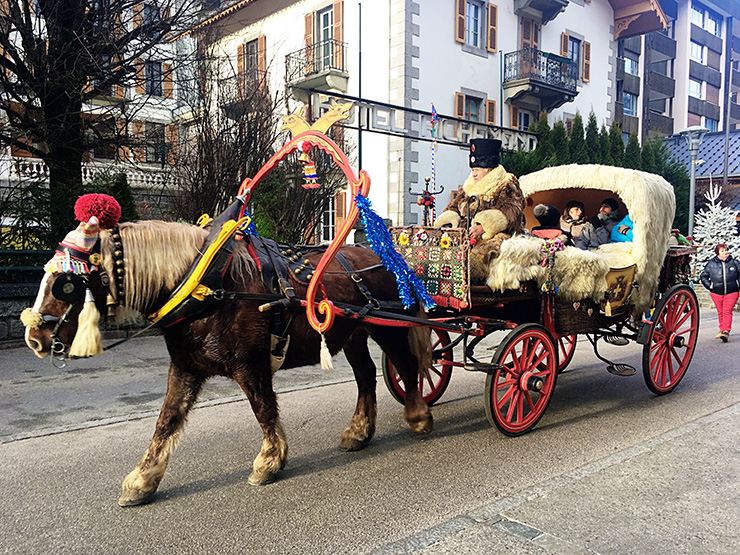 We booked an AirBnB and it was in a perfect location, right off the main street in Chamonix. The apartment itself was nice, though not the most charming building, so my vision of the perfect Chamonix experience already had a bruise. I wanted to see a festive lobby, a Christmas tree and maybe a fireplace welcoming me. Nope. After entering through the backdoor through the parking lot, we crammed two people and two suitcases into the little elevator, while the other two waited their turn. The apartment was spacious, modern and very nice.  It had a full kitchen and a little bunk room for the kids. I would recommend it to other families, because the location is ideal for walking through the village and convenient to all the restaurants and shops.

However, after poking around the town and going to get a massage and enjoy the spa at Hotel ‘Heliopic, I know where we’ll stay on a future visit. The ‘Heliopic had the cozy, family-friendly lobby, an indoor pool and spa that even had treatments for kids, and a cute cafe to grab quick meals. They say it’s “Retro Mountain Chic,” and that it is!

As much I enjoy AirBnB, I realized again why hotels are sometimes the better option. In any case, we were here, in Chamonix! 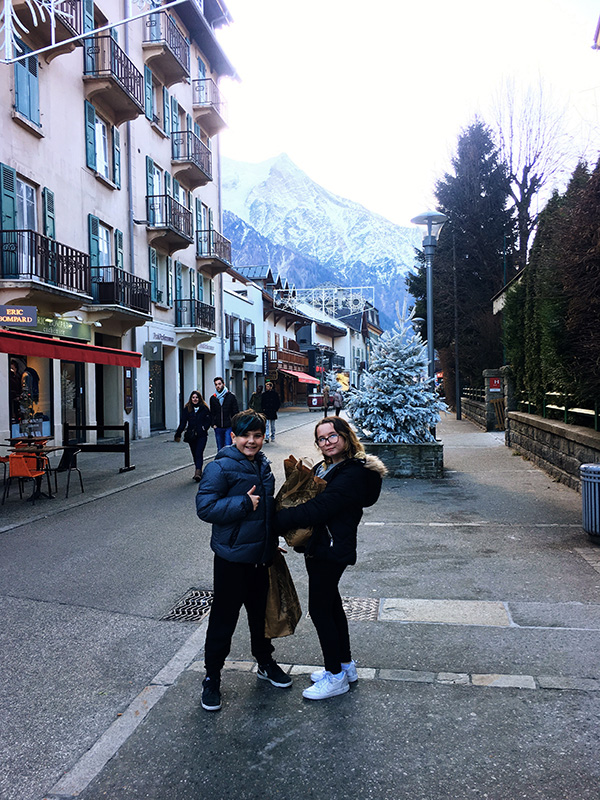 Where the hell is the snow?

Once we settled into the apartment we went down to find a grocery store to stock up on a few things. This is when my European winter wonderland dreams began to look bleak. I mean, I enjoy nice weather and would prefer not to be freezing but the town was grey and damp. There was no snow to be found. Instead of focusing on no snow and how exactly we were going to snowboard, I opted to enjoy the kids playfulness with the photo props they found outside a store. The absence of snow didn’t seem to be bothering the kids, so I started to relax a bit and hope for the best! 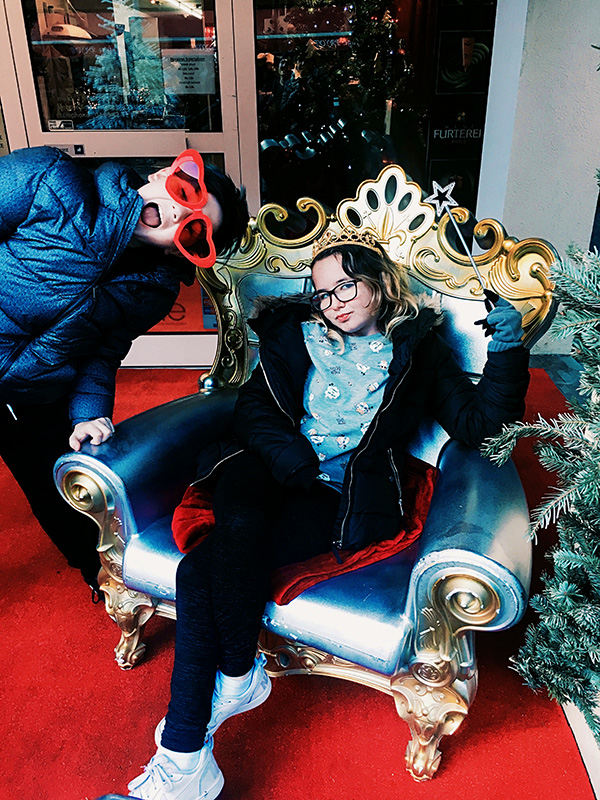 After dropping our groceries off at the apartment, we walked over to rent our snowboards, boots and helmets. It was there that our snow concerns were confirmed. They told us that the conditions were not good, and that only a few chairlifts and runs were open.

“It doesn’t look good this week, everyone is heading to the Italian side where there appears to be more snow.”
(Inside my bratty head: But I came to the French Alps, I want to ski in France. Sigh) 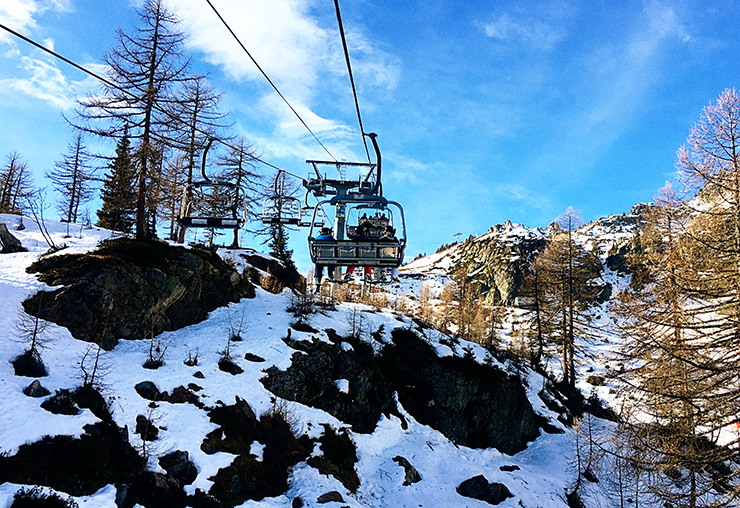 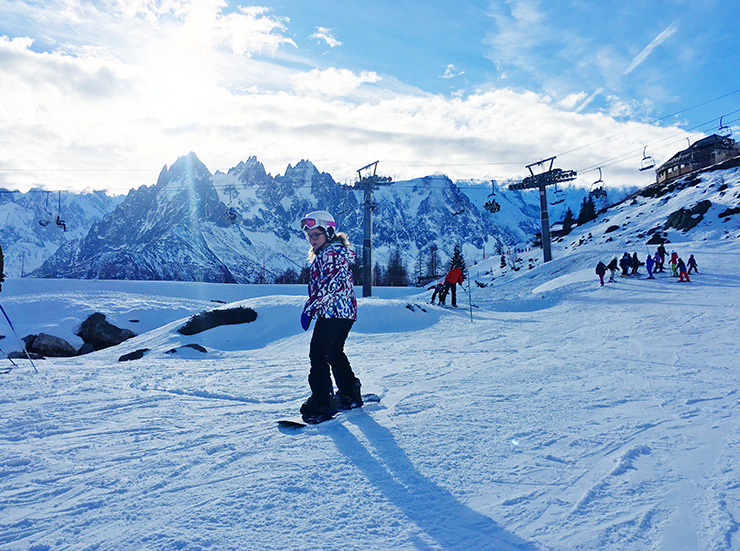 The next morning we put on our ‘positive’ boots and headed to catch the shuttle to get to one of the two areas that were open. When we arrived we were met by a long line, as this was where everyone had to go to get up the mountain. We walked across the bare parking lot, some brown grass and waited. There were two large gondolas taking groups of about 40 people to the top. 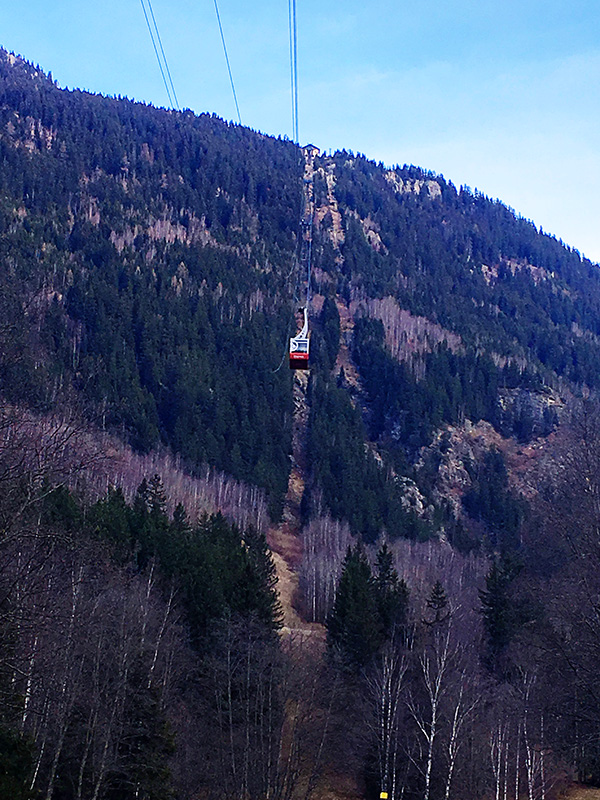 I didn’t even want to post this photo. It’s just so depressing. But that’s the gondola we took to the top – and shockingly there was actually some snow on the other side.

Once at the top we arrived and it didn’t get much better. We were met by a very small unloading zone, which was crowded and not much of an area to get situated, and put on our boards. I was trying hard to put on my best face, but um, this was not what I had envisioned and this was not Keystone, Mammoth or Whistler. (oh gosh, I’m an North American ski snob)

Sigh. Let’s go down and see what we can do.

I’ll keep this short. We went down maybe four runs and left. The few runs that our kids can do were wet and soggy and crowded. McKenna usually needs to start out on the wide green runs to feel comfortable and get her snowboard legs back, but there was none of that. It was steep, wet and there were rocks exposed. Not the fluffy ideal powder we had back in Whistler last year. Maybe it’ll snow tomorrow… or not. 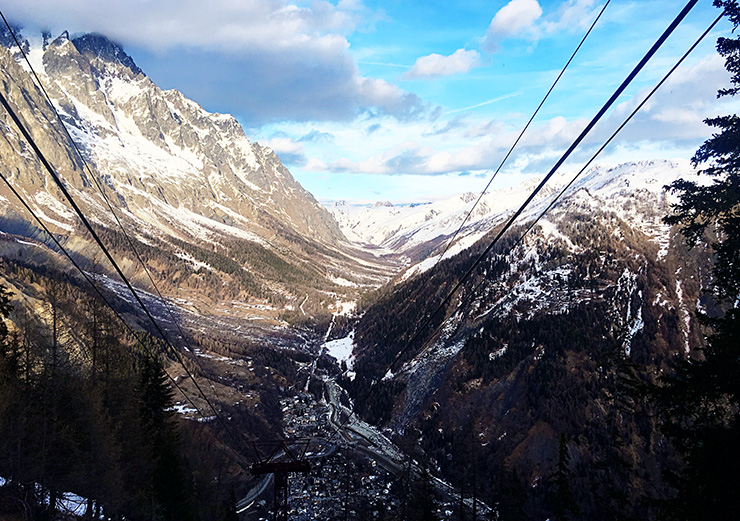 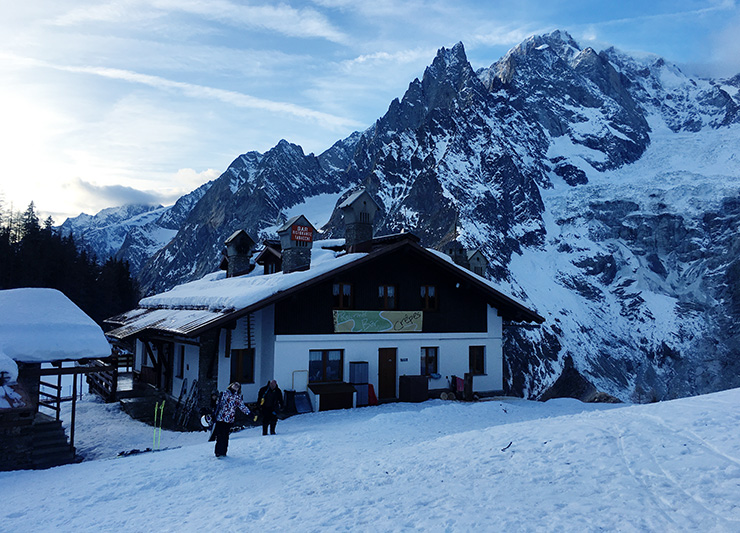 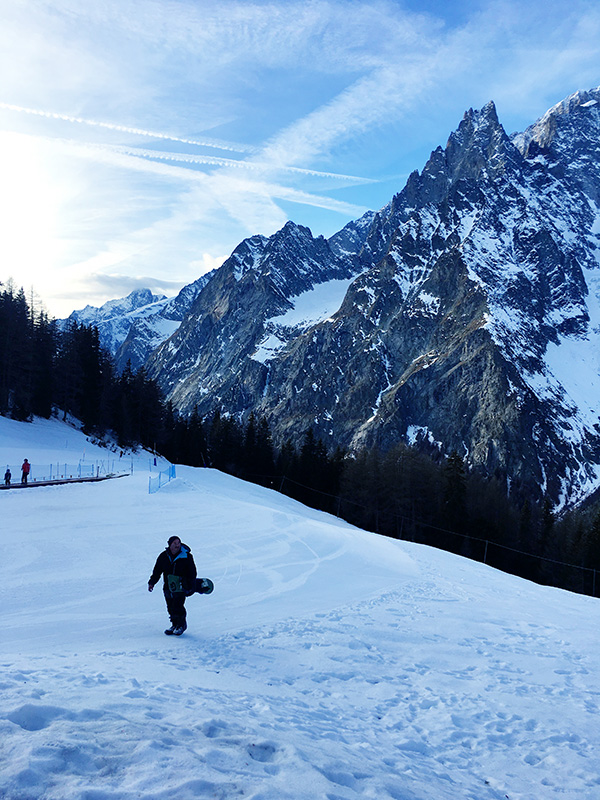 So we decided to head to Italy for the day. It took a one hour bus ride there, and then we stood in line for another hour to get up the mountain. Conditions were only slightly better. Actually they were worse. It was very icy – I literally thought one of us was going to take a spill and end up needing medical attention.

I’m not usually a cautious person, but I did not see a single mountain worker, ski patrol or anyone that we could ask for help had we needed it. Not to mention, we do not speak French or Italian. I felt uncomfortable having my kids snowboarding on these steep icy slopes and on a mountain I knew nothing about. So I made them take off their boards, and they played in the snow outside, while I found my happiness drinking beer in the cute 1972-style chalet. At one point Hudson’s board went flying down the mountain, got lost in the woods and Harris had to go search and retrieve it. I laughed so hard as he finally reemerged from the woods with the board about 15 minutes later.

Harris was not laughing. But hey, smile – we’re in Italy! 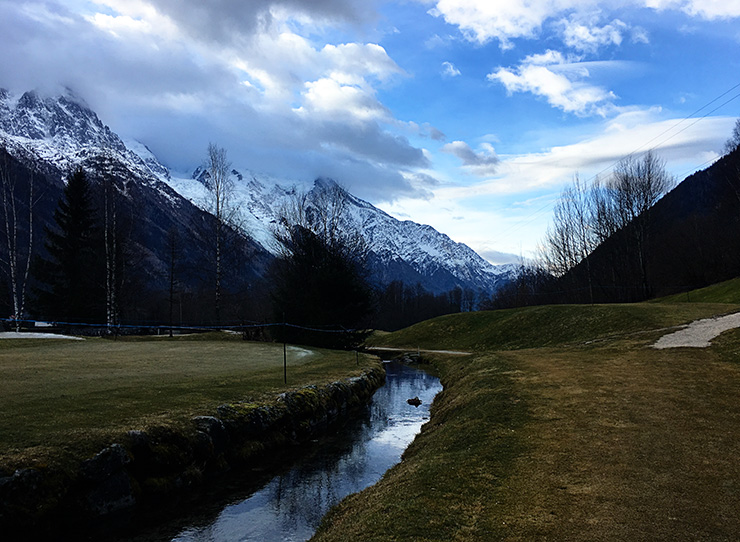 Lucky for me, I actually had something else to do in Chamonix, run. The weather conditions were perfect for that! I was in the middle of my training for the Barcelona Marathon, and I could run as there was no snow or icy roads. (I was just going to slack off for the week and figured all my snowboarding would be good enough). And this is where my spirit was lifted and my outlook on Chamonix was restored. Had it not been for no snow, I might not have experienced running in Chamonix. I saw more of the town and found a beautiful path with trails down by the river. It was breathtaking. 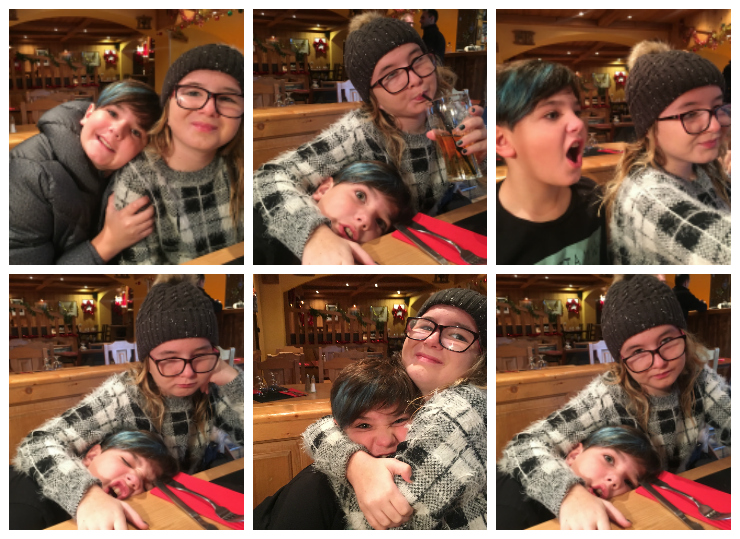 Harris managed to hurt his leg somehow and he was in pain, so after our Christmas crepe breakfast he went back to the apartment. So it was just me and the kids to figure out how to enjoy Christmas day in Chamonix. We walked around the town and did some shopping. I was feeling guilty because there were no gifts to open on Christmas Day (because I thought we would have mountains of snow to be playing on as a distraction!) so I let them fill up bags of candy. Thirty Euros later and with two happy kids hyped up on sugar, we wandered around a bit more and then sat down for lunch. 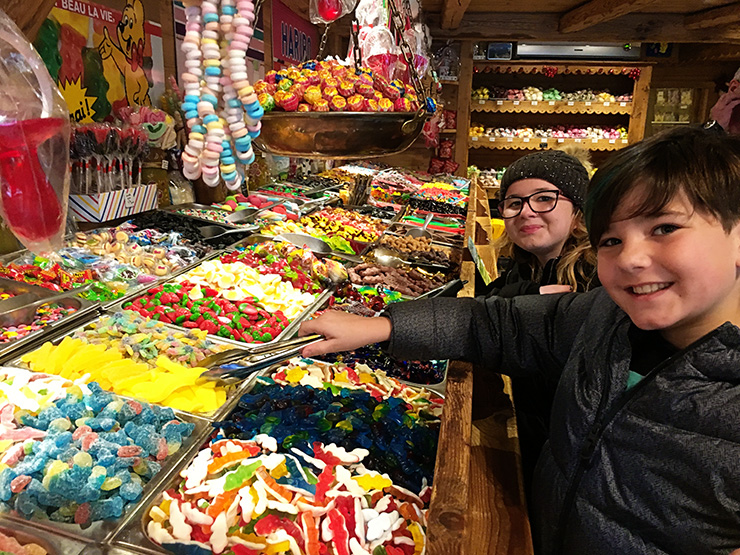 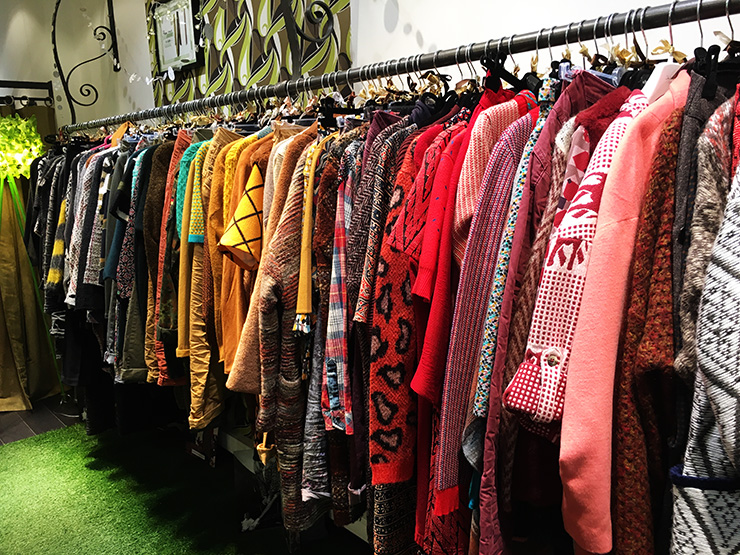 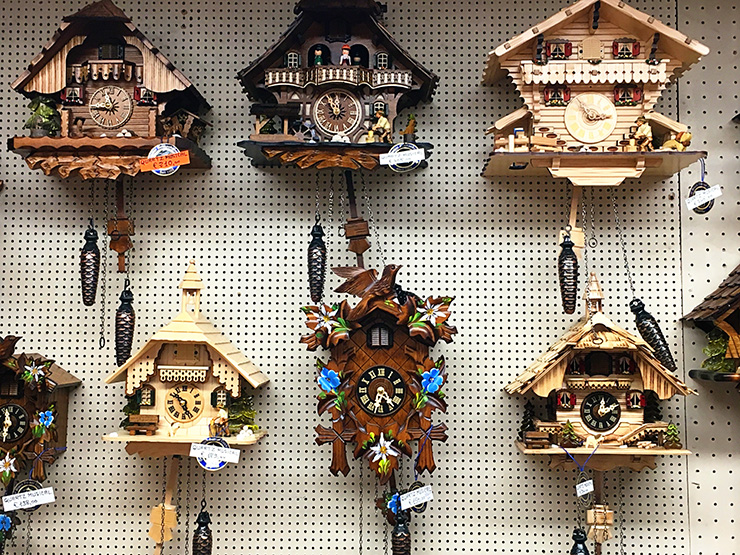 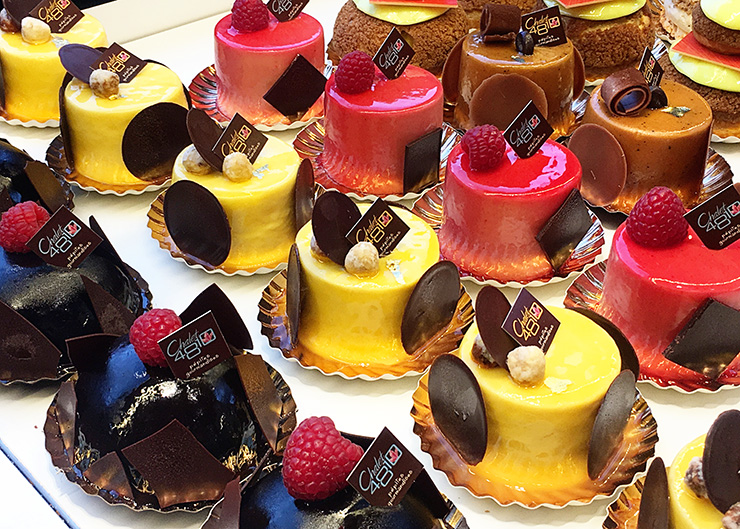 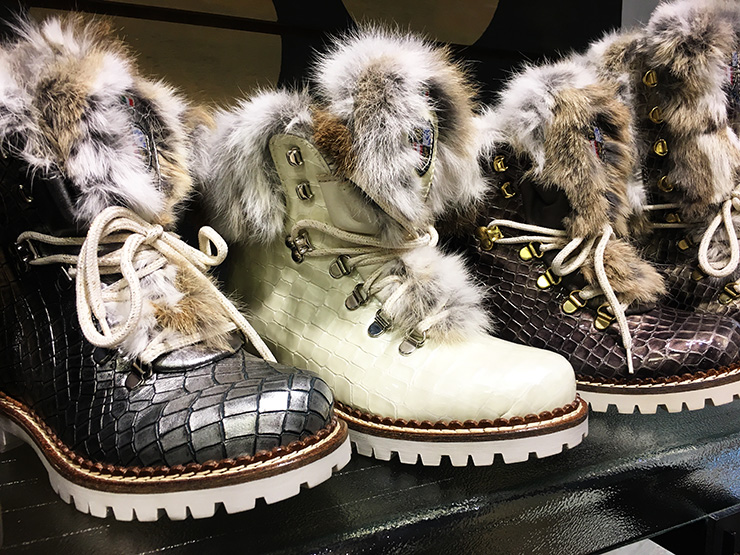 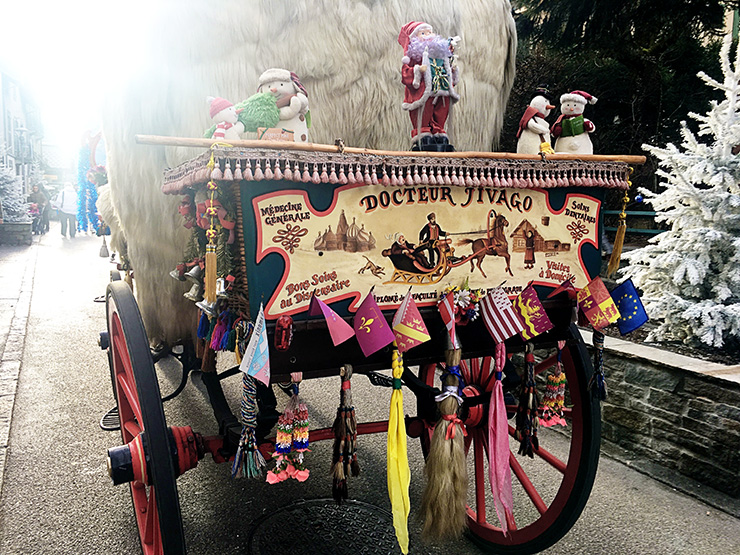 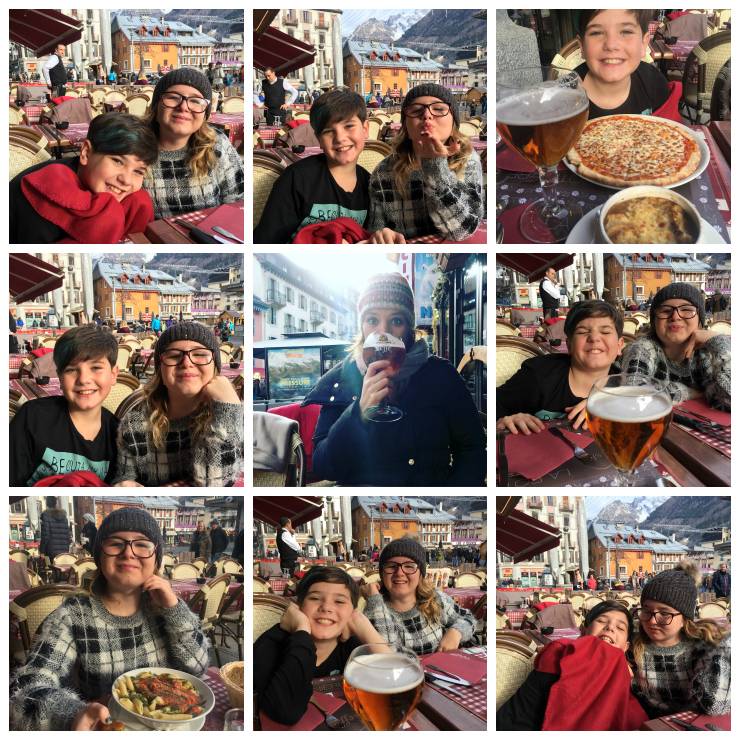 And then… this is where my IDYLLIC Christmas picture appeared.

Watching my kids laughing and having fun together, in France, eating pizza and spaghetti on Christmas Day. It was right there that my kids were literally illuminating CHRISTMAS. With the quaint French-ness behind them and the mountains surrounding us, we were in my snow globe. It wasn’t exactly what I envisioned, but what it lacked in snow was made up in laughter.

Then just like the Grinch – my heart grew two, three, four sizes bigger!  (It could have also been my enormous beer) but Christmas was sitting right in front of me!

This trip is filled with so many memorable moments, and I have SO much more to say and tell you. From me leaving dinner one night because it was taking too long (no really), to drinking mulled wine wandering the village; to these kids hanging candy from a string from their balcony and my kids jumping for it and grabbing it over and over; Hudson and his damn moose hat; and of course McKenna breaking out in hives after eating a huge meringue. We have no idea why this happened.

To be fair to Chamonix, it was early in the season and the snow conditions (or lack there of) was rare. Usually there should have been more snow, but last year it was shockingly dry. This is also a lesson in be careful when planning your epic ski vacations too early in the season, mother nature can be unpredictable.

So here’s to managing expectations, keeping a grip on reality and making the most of it! I wouldn’t change a thing about our Christmas in Chamonix. 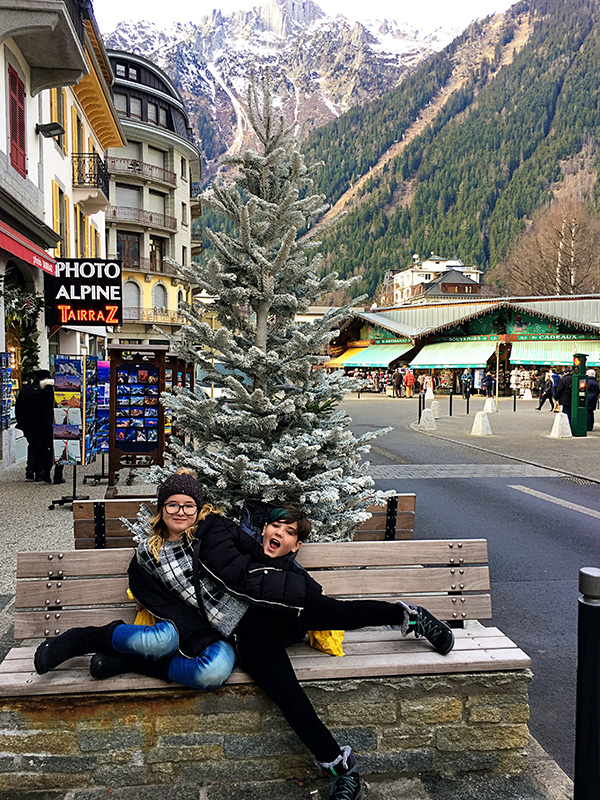 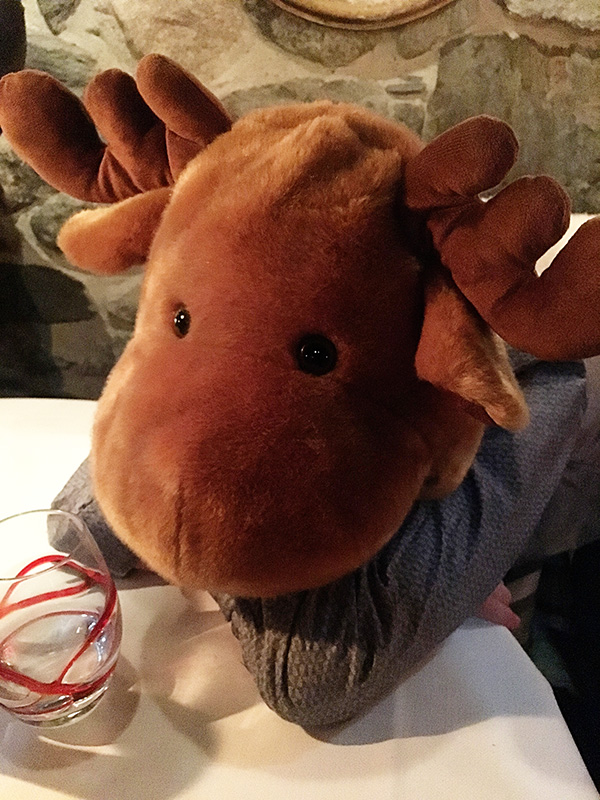 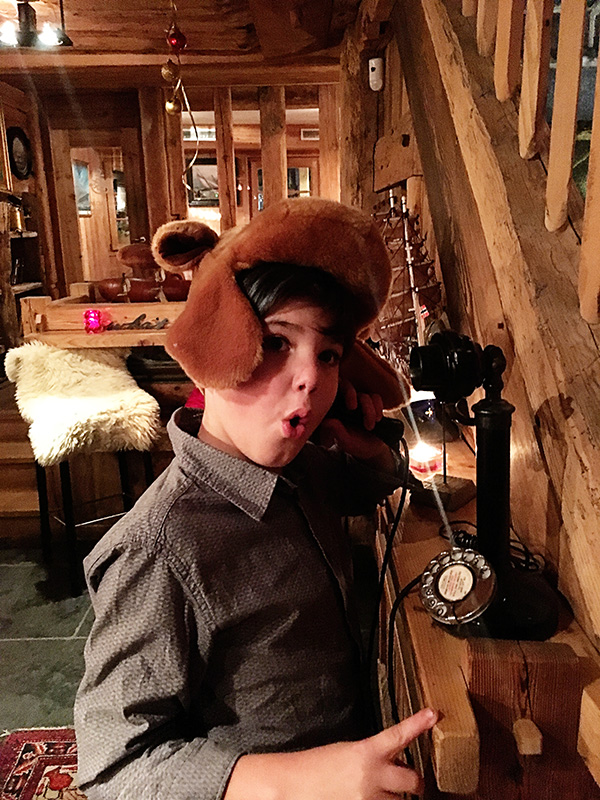 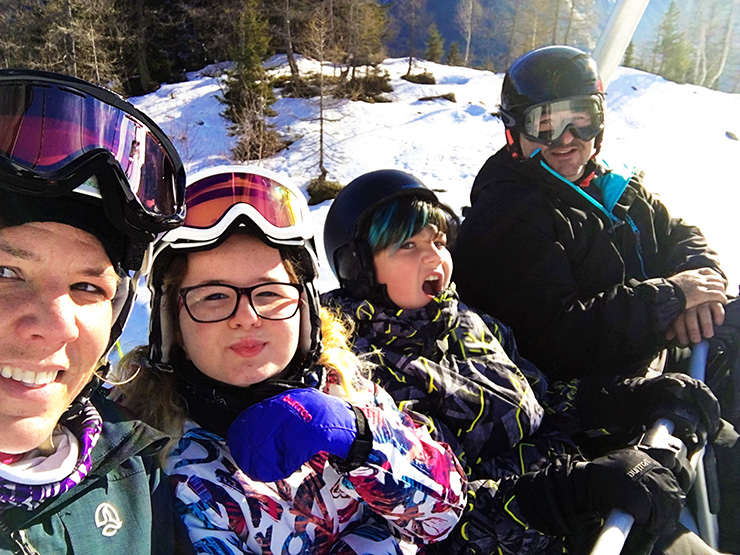