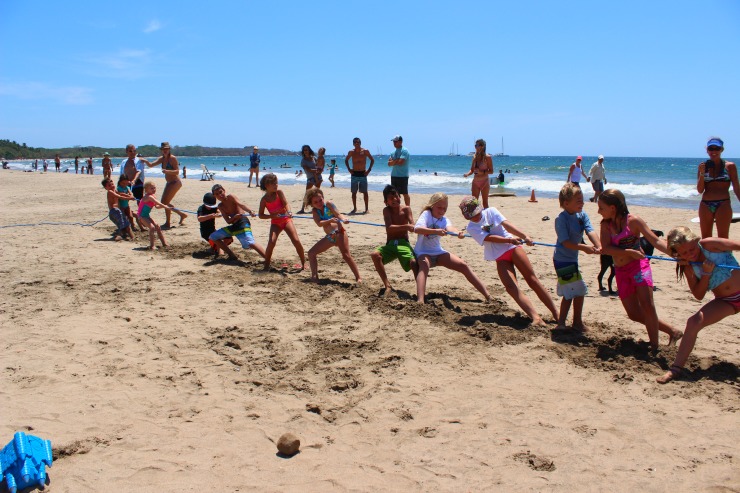 Most expats, with kids, living in Costa Rica take the Summer to head back to the States to see family and friends and get a little dose of good ol’ America. Others unfortunately are leaving for good. So, this past month has been a little different then the rest, it feels a bit like the end of summer camp when you have to say goodbye until next year, but with some excitement and anticipation of who will be at Summer camp next year!?  There will certainly be a fresh group of people who will start their first year of living in Costa Rica. They’ll have to learn and adapt to the Camp Costa Rica way of life themselves, as we all did.

We most definitely will be returning to Camp Costa Rica in the fall.

The sad part is because some of the people we have gotten to know are leaving to go back to the States for good, their time in Costa Rica is up and it’s back to “reality.” Most of them are going back kicking and screaming and would much rather stay. There are a lot of people that move to Costa Rica for a year, they give it a try, steal a year to live the Pura Vida life but then eventually have to go back.  Of course, some people move down here for a year and end up never leaving, or move somewhere else in the world.

Living in Costa Rica not only feels like Summer camp because of the people that come and go, but because for a year we have literally lived in our swimsuits, ate more watermelon that any other food item, and I officially have more sunscreen and bug spray containers in my house than shoes!

The community of parents and children living in Costa Rica is a unique one to say the least but you instantly form a bond with these people because they’re doing the same thing you are and you’re going through a similar experience at the same time. Which is also why you learn to depend on one another a whole lot faster, because living in Costa Rica has it’s twists and turns and no one understands those better than the people you are surrounded by each and every day.  And much like camp, you don’t really get to choose who you’ll be bunking with, so you better hope you can get along with the other campers!