School’s Out For Summer!

First Year at the American School of Barcelona

School is out for summer here in Barcelona! Our kids finished school on June 22nd and I think I may have been just as excited about it as they were. The morning routine can get old no matter what country you live in and making lunches for my kids can be a frustrating experience in the morning. I have to say, we had a pretty incredible first school year at the American School of Barcelona. The kids settled in pretty easily and made friends fast, which is such a relief as a parent. When you move to a new country and a new school there is a lot of uncertainty, but luckily our kids were able to adapt and transition without any major problems.

Hudson was a little behind in reading, so right away he was put into a reading group with an aid to get those students all up to the reading level they should be at. Hudson does not like to read and this was his biggest challenge this year, so finding him books he liked and getting him to read was our main focus. McKenna was a little behind in math, so she was also put in a group for extra math help once a week until she got up to speed. We appreciated that this was assessed quickly and that there was a process already in place for this situation. When you have international kids coming from all over the world, it’s not uncommon for them to all be in different places. Seeing that the school was so proactive and had a successful system to get both our kids get up to where they needed to be in these areas was reassuring.

The 7th grade class kicked off the year with a team building trip to the Pyrenees Mountains which I think was brilliant and was a great way for McKenna to get to know her new classmates. Then the 5th graders went to the Pyrenees for three nights at the end of the year as their “step up” trip, as they would be entering 6th grade and heading to middle school next year. This was a fantastic way to end the year but this trip specifically helped Hudson prepare for the two weeks of sleepover camp in England this summer. Which he has been a bit nervous about, but McKenna on the other hand cannot wait and even asked to go for four weeks! 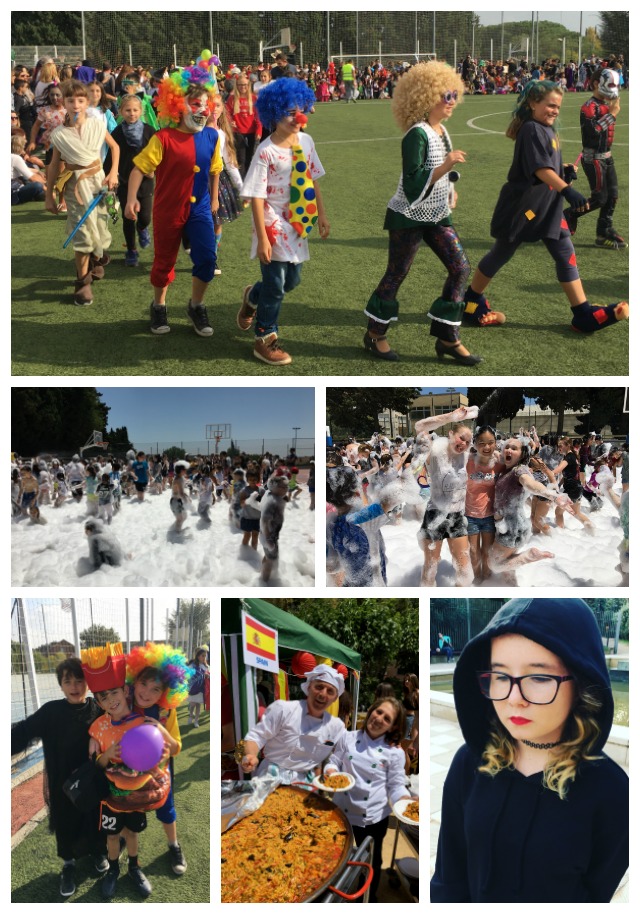 A few other school highlights this year was the incredible Halloween parade and the performances that the middle schoolers and high schoolers had to collaborate and work on to perform. McKenna’s class was assigned popular TV shows and her group did a little skit and dance as the girls from the show, Pretty Little Liars. They all dressed up as the character A and it was pretty awesome. The International Fair had everyone contributing dishes form their home countries and a foam party!

We also loved Hudson’s meet the artist presentation and the 5th grade end of the year beach party in Castelldefels, and of course the 5th grade promotion / graduation. Group lunches with our neighborhood Whats App group, 7th grade parents dinner and a handful of other events, sleepovers, and Birthday parties with new friends. We also received the ASB yearbook which is beautiful and so creative! The cover is of Barcelona’s iconic Parc Güell and inside the entire book is themed with social media pages. Each grade/section is either Twitter, Instagram, Facebook, Tumblr or YouTube, complete with search toolbars, hashtags, and follower counts. 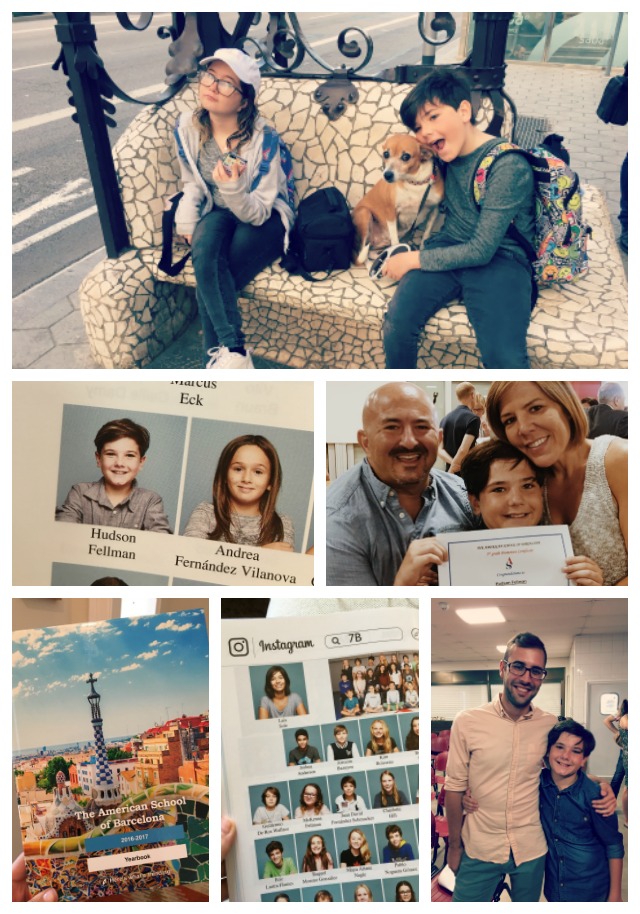 Originally we were “not really traveling this Summer” (ha ha ha) just two weeks in England, but then things/people happened and well, we couldn’t resist! So here’s where we are headed…

Tomorrow we are heading to Stockholm, Sweden to see one of my best friends Christine, her husband Kirk and their beautiful son Oliver. They live in New York City, but did a home exchange with a couple in Stockholm for a few weeks and well, if they are going to be this close to us – we have to go! We have rented a little house in the same neighborhood where they are staying.  I really have no big plans for Stockholm other then to spend some quality time with our friends and play with Oliver. I find these trips are some of my favorites – “having no plan at all, makes the best plan of all.” If that isn’t a famous quote already – I’ll claim it!

Why Budapest!? Well there is a very special man in Budapest, Rob Toth. Rob is the business broker that sold my website and he happens to live in Budapest. Rob has been asking Harris and I to come and visit him so we are finally going! Since selling my website we have remained in close contact with Rob for a variety of ongoing business reasons. I have actually referred a few people to Rob and a few of those partnerships were very successful. I even got an email from one of the business owners thanking me for literally “changing her life” and expressing her gratitude for her new found freedom! It’s THAT, that right there – I love connecting awesome people and if I can do more of that then hell to the yes! So we are going to Budapest to play but also do a little work.

Then at the end of July we go to England for two weeks. We wanted to put the kids in camp this Summer, and we thought about heading back to the States, but then we found XUK Camp just outside of London. We thought – we live in Spain, they should go to a camp in Spain or at least Europe, but we wanted an English speaking camp. Why? Well, it will be there first time going to sleep over camp and we wanted our kids to have fun and not worry about the language, it’s summer after all. Many of the camps we were finding around Barcelona are in Catalan and other camps in Spain are obviously in Spanish so we thought a amp in England is great!

So what will Harris and I be doing while they are in camp? We will be roaming the English countryside. We will be in London for a few days, then staying at a charming bed & breakfast in Peak District (one of Britains beloved National Parks) and then staying at an adorable cottage in the Cotswolds.  From both of those places we’ll be dong lots of day tripping!

Once home from summer camp we will spend the rest of August sweating amongst the tourists here in Barcelona. Well, we will probably head up the coast to Costa Brava a bit to hit some of the beautiful beaches but other than that we will be home (siting in the air conditioning) trying to rest and prepare for school to start up again! (we go back to school on September 4th) The Summer is sure to fly by and then I will have two middle schoolers, which is totally crazy to me! It also makes me think about how time is moving so fast. Even though the summer time is crazy, we have to make sure we slow down and enjoy them. However, right now I have to pack…