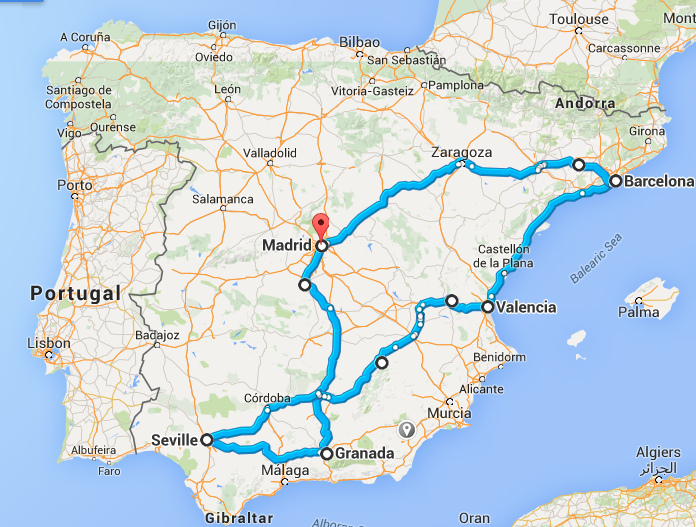 Spending the summer in Spain

School is finally out here in Costa Rica and we’ll be spending the summer in Spain — whoo hoo!

Our kids get out of school pretty late here — we are on a trimester system so we have three long breaks throughout the year. Our last day of school was July 8th and what tends to happen is all the expats leave for the summer. Most head back home to the United States or Canada to spend time with family and friends (that’s what we did last summer), so this summer we’ll be traveling around Spain for five weeks!

We are headed to Madrid, Granada, Seville, Valencia and Barcelona. For this trip we decided to entirely AirBnB it — we have rented five different apartments in each of the five cities. Not only did we find this economical, but we also wanted to be able to settle in a bit more and have a little more space than your average hotel room. We’ll also be working a bit, so opting for places that have a dining room table or a desk in one of the bedrooms was appealing to us. The kids will also have their own separate rooms in some of the apartments we rented, which is a good thing at their age. When you are traveling with kids for long extended periods of time, everyone needs some space from time to time. I’m excited to experience all of these different apartments and report back on how well we did… or didn’t do.  (And no, AirBnB is not sponsoring this trip.) 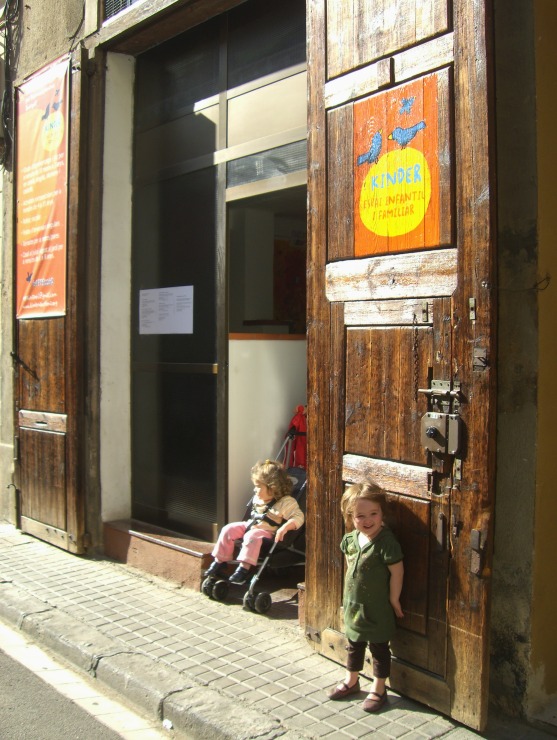 Spain has a special place in our hearts because it was the first extended trip we took with our kids when they were babies — Hudson was only one and McKenna was almost three. Hudson literally learned to walk on the cobblestone streets of Barcelona. We even have video of it… somewhere! Back in 2007 there was no AirBnB yet so we rented an apartment in Barcelona for a month (we were so ahead of the trends!).

This trip was also their first international schooling experience. We enrolled them in half-day at Kinder Barcelona so Harris could work and we could have some time to see the city and without the kids in tow. That is McKenna up there in front of the door!

This was really where it all began for us. That trip was us testing the waters to see if we could actually make living abroad with kids a reality. At the time, I was not working and this was before I started Savvy Sassy Moms. In fact, on this particular trip to Barcelona, Harris set up my very first blog — Have Kids Still Travel — which was just to keep the grandmas informed on what we were doing and to show them that their grand-babies were OK.

A month in Barcelona gave us a taste of living an international lifestyle as a family and I think this trip made us believe we could actually live and work anywhere! 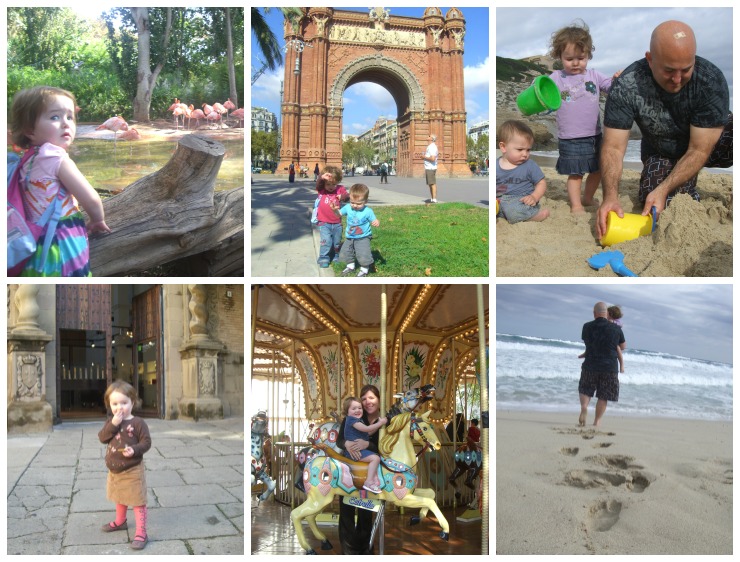 Looking back, my picture-taking skills were horrible back in 2007 and my camera wasn’t very good either. But here are a few pictures from that trip that we love. The beach pictures are from the island of Mallorca, which is off the coast of Spain.

There were no iPhones, I wasn’t on Twitter yet and there certainly wasn’t Instagram way back then, but on our trip to Spain this time, you can follow all our steps through Spain by following @andreafellman on Instagram — I will be sharing photos daily!

Resources for traveling with kids in Spain

I have been doing a little research before we leave and, of course, there are a ton of websites that list the same ten tourist things to do in each of these cities — that’s easy to find! However, I like to dig a little deeper and try to find out where some of the local favorites are, too. Here’s what I’ve found so far:

Barcelona & Madrid: I stumbled upon Mammaproof, which actually has two websites — one for Madrid and one for Barcelona. These are fantastic city guides! They feature all the family-friendly dining options, bookstores, children’s stores, parks and more. We will be visiting many of their suggestions, for sure!

Madrid: I also found this beautiful website, Con Botas de Aqua, a lifestyle blog for Madrid. Her photography and style is beautiful, which gives you a real sense of Madrid. We will be hitting up many of her recommendations.

Sevilla: I found this great city guide to Sevilla on Babyccino Kids, which was written by a mom that lives in Sevilla.

Valencia: The Continental Fairy is a mom and lifestyle blog written by an expat mom living in Valencia, Spain. I have been drooling over her photos!

Spain: Christine in Spain has been living in Spain for over five years, mostly in the southern Andulasia area, but now she lives in the northern Basque country, which is north of Madrid. She takes beautiful pictures and shares not only her travels in Spain, but also what it’s like to be an expat.

Spain: La Tortuga Viajera (The Traveling Turtle) has been living in Spain for five years and has a wealth of information on her website about all of Spain and many other places in Europe. I love her romantic story about how she ended up living in Spain.

Have you been to Spain?  Any tips or favorite places?